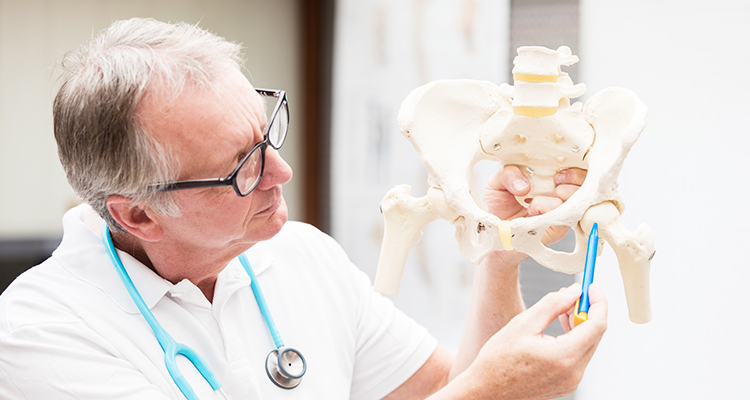 What is Hip Resurfacing

Hip Resurfacing is an alternative technology to Total Hip Replacement that is aimed at treating painful conditions of the hip in younger, active patients.

How does it Compare to Conventional Hip Replacement?

In a conventional hip replacement the pain from a diseased hip is relieved by replacing the ball and the socket. The ball at the top of the thigh bone (femur) is removed to allow a stemmed component to be placed in the marrow cavity of the thigh bone. The stemmed component has a ball applied to the top. The ball articulates with the socket (acetabulum) that is fitted into the pelvis. 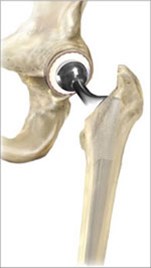 This X-ray shows a young and active patient who had both hips (bilateral) replaced with a ceramic-on-ceramic hip replacement (prior to the availability of the hip resurfacing systems).

While a hip replacement works well in many patients, it has shortcomings in patients who would like to be active and whose age is such that they would outlive the normal lifespan of a standard hip replacement (10 to 20 years). When a hip replacement fails, it frequently does so by loosening from the bone, which can then become thinner. This process is accompanied by pain and usually a revision hip replacement is recommended. A revision procedure is riskier and more difficult to perform than the first surgery as there is less bone to fix a new component to. In cases where the hip has been revised several times, this bone loss can be critical. 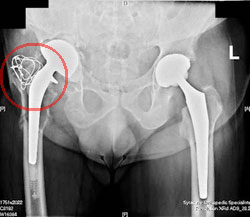 X-ray of a middle-aged man with significant bone loss (circled in red) around a failed right hip replacement (10 years after implantation). He has a well functioning left hip replacement of 2 years duration.

Hip resurfacing is a technique that differs radically in the way the thigh bone is addressed. Instead of removing the ball at the top of the thigh bone (femur), it is shaved down to a peg (similar to a tooth cap). The peg is then suitably shaped to allow a metal ball to be placed around it. The pelvic side is not conceptually different than a hip replacement because both implants have an artificial shell fixed to the socket. It is on the thigh bone (femoral) side that bone is preserved. 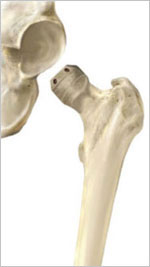 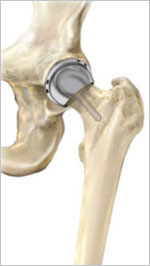 This X-ray shows a young and active patient who had a left hip resurfacing.

We take pride in the strong relationships we have built with local schools, sports organizations, not-for-profits, and humanitarian projects.