A Review of the Longitudinal Foot Arch and Injuries in Runners 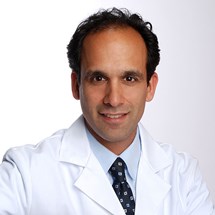 Running-related sports injuries are very common and often the result of multiple factors. Overuse injuries in running are especially common, with estimates that up to 70% of recreational runners experience overuse injuries during a given one-year period. Examples of such injuries include knee pain, shin splints, achilles tendinitis, and stress fractures. Running injuries have multifactorial origins, as both environmental factors as well as anatomical factors play roles in increasing the risk of a running injury. Intrinsic risk factors are those that are inherent to the runner and do not depend on outside environmental factors. Intrinsic risk factors identified by several studies include foot shape, lack of running experience, history of previous injury, fitness level, body size, muscle strength and flexibility, and adverse running biomechanics. Women runners are twice as likely to sustain running injuries such as patella femoral knee pain and tibial stress fractures as males. Differences in running mechanics and anatomical factors may be the cause of this discrepancy. A study by Ferber et al examined 20 male and 20 female recreational runners to find differences in knee and hip kinematics to explain the different risk profiles of females and males. The 20 female runners followed in the study had greater hip internal rotation and knee abduction angles as compared to the male recreational runners in the study. Such increased rotation could be a factor in anterior knee pain, while increased hip internal rotation linked to greater knee abduction may be associated with greater patellofemoral joint contact force, increasing the likelihood of injury.

Pes planus or having a flat foot involves a combination of several mechanics during the first half of the stance phase in running. These are ankle dorsiflexion, forefoot abduction, and hindfoot eversion. Pronation is a vital mechanism during running as it allows impact forces to be attenuated over a long period, and a degree of pronation is ideal for runners. Though it normally acts as a protective mechanism, pronation that is too low represents an anatomical risk factor. Many studies have identified excessive pronation or having a flat foot as a risk factor in developing patellofemoral pain and running injuries . An excessively prolonged foot pronation sustains an exaggerated tibial internal rotation, thereby altering normal foot mechanics and creating a torsional force at the knee joint. Overpronation is thought to make runners susceptible to injury as it generates large torques that could increase internal tibial rotation, increasing injury risk.  This could alter the mechanics of the patellofemoral joint and lead to patellofemoral pain syndrome.

Some studies have concluded that high longitudinal arches (pes cavus) represent an anatomical factor for increased risk of injury while running. A study conducted by Barnes et al examined the differences in running biomechanics for individuals with high-arched feet. The authors found that high-arched individuals are more vulnerable to stress fractures at the tibia and femur. This may be because high-arched feet are more rigid, reducing their ability to absorb impact shock. Cavus feet are associated with significantly higher forefoot loading patterns that impart greater risk of lower extremity injury and are implicated in both recurrent stress fractures as well as patellofemoral pain. 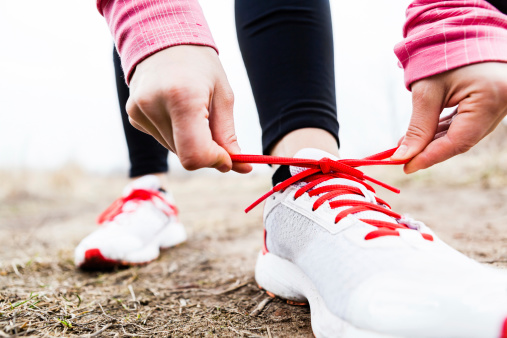 The use of orthotics in injury prevention is controversial. A Cochrane database review demonstrated that shock-absorbing insoles reduce the risk of stress fractures in basic military training. The use of orthotics in runners is to prevent excessive foot pronation in the stance phase and reduce internal tibial rotation that is frequently the cause of many lower extremity injuries. Some studies have shown that orthotic use has been shown to decrease risk of stress fracture and reduce symptoms of patellofemoral pain. A study conducted by Chang et al evaluating the incidence of running injuries in marathon participants found several preventative factors for lower extremity injury. Participants answered a questionnaire on their running history, training regimen, reports of any lower extremity pain, and a history of previous injury.  Several factors were identified in reducing risk of lower extremity pain among participants. Increased training time of at least 60 minutes per day had mixed results on injury prevalence: it reduced risk of hip pain but increased likelihood of foot pain. Furthermore, runners using soft shoe insoles or insoles with a medial arch reduced risk of knee and hip pain.

Intrinsic anatomical factors play a role in the incidence of injury and pain in the recreational and competitive running sport athlete. The longitudinal arch is an intrinsic factor that has been associated with the development of lower extremity pain, patellofemoral pain and other common complaints in runners. Further understanding the role of the longitudinal arch in abnormal gait mechanics will lead to injury prevention and the development of new technology to address common complaints in runners and running sport athletes.