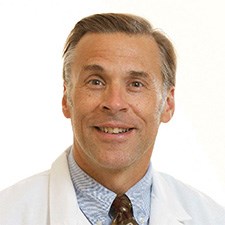 ACL Reconstruction has evolved greatly over the past 40 years, and when paired with an appropriate preop and postop rehabilitation program, is now a very reliable operation, allowing return to pre-injury activities in the majority of patients undergoing the procedure. There are many ways to reconstruct a torn ACL, typically using tendon tissue, which remodels over time to form an ACL-like substitute. Tendon and ligaments are closely related, but not exactly the same. Most modern procedures result in a stable knee. However, the ACL reconstructed knee is not a normal knee, and there remains a chance for the development of arthritic disease, often due to cartilage damage at the time of injury or during instability events prior to repair. Historically, there have been three basic choices for sources of ACL graft, i.e.- the type of substance used to rebuild the ACL: autograft, “self-graft”, tissue from the same patient, allograft, tissue from a donor, or cadaver source, and synthetics, popular in the 1980’s, but no longer used due to high failure rates.

Allografts offer theoretical advantages of reduced “donor site morbidity”, as no tissue is needed from the patient. Allograft sources include cadaver lower leg tendons like the Achilles, or patella tendon. The problems associated with allograft tissue include the low, but not zero, risk of infectious disease transmission from the donor, and a longer healing course with potential for graft stretching during rehabilitation. All graft donor sources are tested for disease and obviously testing is reliable, and the theoretical risk of disease like HIV or bacterial infection is very low. However, these allografts are devoid of living cells, and therefore have a longer time course for incorporation and healing, and therefore require longer periods of time for protection during maturation. They do remain good choices for major injuries requiring repair of multiple ligament deficiencies requiring multiple tendons, like knee dislocations.

Nowadays, most ACL reconstructions are done with autograft tissue, usually the “hamstring” (semitendinosus +/- gracilis tendons), or patella tendon. Patella tendon grafts are harvested from the central third of the flat patella tendon, with attached bone blocks from the patella and tibia. They are strong grafts, leverage very secure fixation techniques and bone to bone healing of the bone blocks within the bone tunnels made to pass the graft into position within the knee, and have decades of proven performance. But there are potential problems: patella fracture and tendon rupture are rare complications, but “anterior” knee pain can be a significant and persistent problem, and can delay return to activity in a minority of cases. Also, the patella tendon is flat, and lends itself to a “single bundle” technique, using round tunnels, and this is not truly anatomic.

Use of the hamstring autograft typically involves harvest of the “JV” thigh tendons: semitendinosus and gracilis, of less importance than the tendons of the major thigh muscles, and requires no bone block harvest. There is no risk of harvest fractures or tendon rupture, and there is less pain associated with the use of these sources.

We know that the native ACL is not flat, rather more round like a cable, attaches over broad elliptical shaped surfaces on both the distal femur and proximal tibia, and has two distinct “bundles” that have different functions. The anteromedial bundle inhibits translational instability, whereas the posterolateral bundle prevents rotational instability. Although the hamstring autograft can be, and often is used as a single bundle graft which yields good results, the same hamstring tendon source also lends itself quite well to a more natural and anatomic reconstruction: a “double bundle double tunnel” graft fashioned to recreate both anatomic and functional ACL components, and dual tunnels that better approximate the natural attachment regions on both bones. Also, smaller tunnels can be used for each bundle, which enhances available potential surface attachment for graft healing, considering use of two small tunnels per bone for double bundle grafts vs. one larger tunnel per bone for single bundle grafts.

My preference? After doing over a thousand ACL reconstructions over thirty years, I recommend a double bundle, double tunnel hamstring autograft reconstruction, for the best chance of return to a high level of activity with a stable knee, a more natural more anatomic ligament, less post-op pain, and less chance of donor site morbidity. 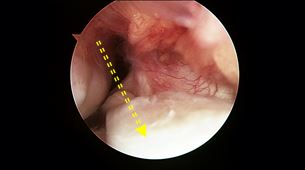 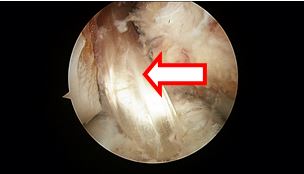